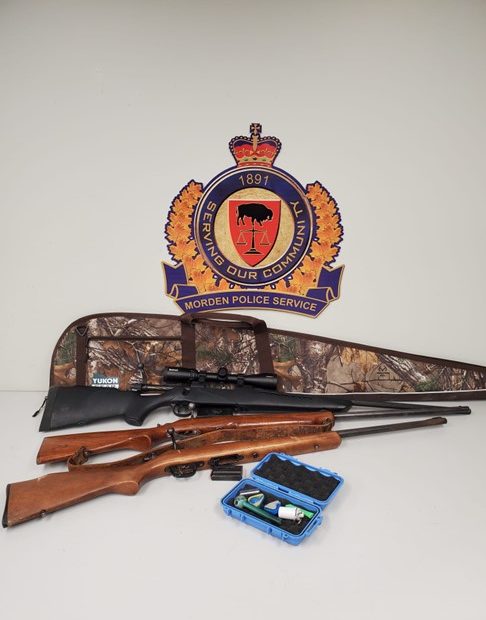 On January 22nd, 2023 at 11:36 pm police observed a vehicle travelling on Thornhill Street at a fast rate of speed.   Police activated their emergency lights and siren and observed the suspect vehicle  speed up and make a quick turn down a side street.  Police observed the vehicle to run a stop sign and make another quick turn before pulling to the side of the road.    The driver and the front seat passenger were taken into custody, and while searching the vehicle police observed a firearm in plain view.  A further search of the vehicle resulted in the seizure of two more firearms, ammunition, and a quantity of methamphetamine.  Both individuals were arrested and transported to the Morden Police Service.  A subsequent investigation revealed that one of the firearms had been stolen from a business in a nearby jurisdiction.

Both individuals are scheduled to appear in Morden Provincial Court in April and the matter is still under investigation.